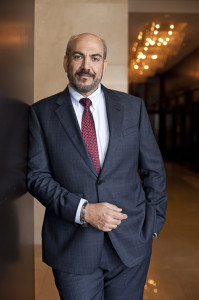 Sergio Cocchia is the President of Crew Group of Companies, a hotel, spa and property management company. Mr. Cocchia oversees a varied business venture with his partner and wife Wendy Lisogar-Cocchia.

Mr. Cocchia is proud to have served for 12 years as President of the Board of Directors of the Mediated Learning Academy and the Variety Learning Center, an independent school serving special children with a variety of diagnosis and learning problems.

Mr. Cocchia also serves as President of the Pacific Autism Center Foundation, a family led initiative to establish an “Autism Spectrum Disorder Knowledge center” for the Province of British Columbia. As proponents of this project the Cocchia’s have secured a $20 million grant from the provincial government towards the completion of this $35 million initiative. The “Hub and Spoke” provincial centre is scheduled for completion winter 2015.

In 2010, Cocchia’s were thrilled to be honoured with a Doctor of Laws (Hon.) from the Justice Institute of B.C. in recognition of their accomplishments and contributions to the province of British Columbia, in particular their shared vision in establishing the Pacific Autism Family Centre. Mr. Cocchia received the B.C. Community Achievement Award in 2012; the “Doorman of the Year” from the C.H.I.L.D. Foundation, the Queen Elizabeth Diamond Jubilee Medal and in 2013 was made a member of the Order of British Columbia. 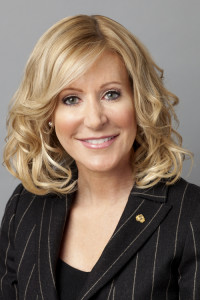 Wendy Lisogar-Cocchia is the Chief Executive Officer of the Century Plaza Hotel & Spa, Absolute Spa Group and Soluzione Spa Products.
As Chair of The Vancouver Board of Trade 2011-2012, Lisogar-Cocchia is honoured to be the 5th and youngest female chair in the organization’s 124-year history. She is the first female trustee on the Vancouver Police Foundation, a current fellow at Royal Roads University and has served on the boards of Tourism Vancouver, Destination B.C and currently BCLC.

Since 1987, Lisogar-Cocchia’s Women’s Media Golf Classic, has raised millions of dollars towards; Variety The Children’s Charity, the Vancouver Oral Centre for Hearing Impaired Children, the Children’s Foundation, the Down Syndrome Resource Centre, Mediated Learning Academy and most recently, the Pacific Autism Family Centre a parent-led initiative to establish a “knowledge centre for ASD” for the Province of British Columbia. As proponents of this project the Cocchia’s have secured a $20 million grant from the provincial government towards the completion of this $35 million initiative. The “Hub and Spoke” provincial centre is scheduled for completion winter 2015.

Lisogar-Cocchia has a long list of local and national accomplishments; the Variety Club – International Corporate Fundraiser of the Year & Angel Award, Sales and Marketing Executive of the Year, Leading Spas of Canada’s the Lifetime Achievement Industry Award, Business in Vancouver’s Top 40 under 40. Lisogar-Cocchia’s an honorary doctorate (Honoris Causa) from the Justice Institute of British Columbia, the British Columbia Community Achievement Award and the C.H.I.L.D Foundations Honorary Doorman of the Year and in 2013 was honored with the Queen Elizabeth Diamond Jubilee Medal. In 2015 Wendy was inducted into the Order of British Columbia our province’s highest civilian honour. 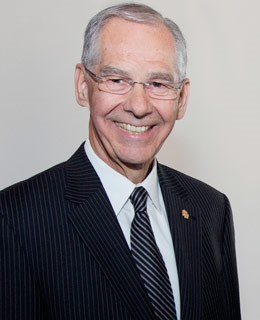 Jack McGee recently retired as President of the Justice Institute of British Columbia (JIBC) after serving in the Canadian Forces, and in post-secondary education as a Dean (George Brown College) and President (St. Clair College) in Ontario. As Squadron and Mission Commander he flew the Royal Family (including Their Majesties Queen Elizabeth II and the Queen Mother) and commanded CFB Comox prior to his roles in educational leadership.

In 2012 he was recognized by the Premier and Minister of Justice of British Columbia for his accomplishments in public safety and post- secondary education and for “giving back” to the community on charity and community boards. Jack remains active on community and professional boards and in public speaking. He holds a Bachelor of Arts (St. Mary’s), a Master of Public Administration (Auburn), completed doctoral courses in International Relations (York) and was presented an Honorary Doctor of Laws (Windsor) for his work in education and the community.

He currently serves on the Boards of the West Vancouver Police, E-Comm 911 Emergency Communications, the Sovereign Order of St John (supporting Hospice) and the Pacific Autism Family Centre Foundation. He was awarded the Canadian Forces Decoration, the Special Service Medal (NATO), and the Queen Elizabeth II Diamond Jubilee Medal for service to Canada. 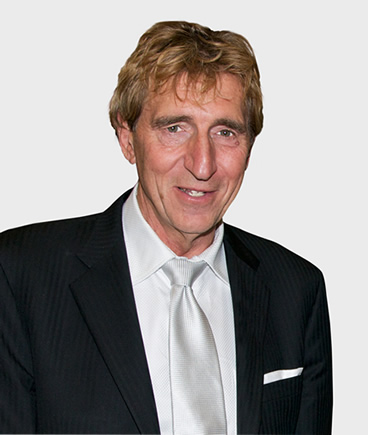 David Patchell-Evans, known as ‘Patch’, is the founder and CEO of GoodLife Fitness, with 375 clubs and 1.3 million members across Canada. Patch’s unwavering purpose is “to give all Canadians the opportunity to live a fit and healthy good life.” When his three-year old daughter, Kilee, was diagnosed with autism, Patch worked tirelessly to help other families find answers. He served as President of Autism Canada.

Patch’s GoodLife Kids Foundation introduced physical activity grants for children with special needs. He co-founded with Dr. Derrick MacFabe at Western University, the Kilee Patchell-Evans Autism Research Group. The group was recognized by NSERC as one of the Top 50 Scientific Discoveries in Canada and in 2017 will present at the Nobel Forum, Stockholm. In 2007, Patch’s received the Canadian Medical Association Medal of Honour. Patch has pledged $5Million to the PAFN to help build the GoodLife Fitness Autism Family Hub in Richmond, B.C. 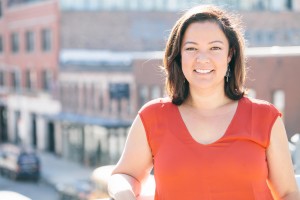 Sue Doi has over 14 years of experience as in-house counsel to a variety of corporations, from credit unions to ski resorts to telecommunications to creative consultancies, and was named a Lexpert Leading Lawyer under 40 in November 2013.  Sue has also been both a participant and a leader in the Governor General’s Canadian Leadership Conference, a national, intensive leadership development program that aims to bring Canada’s leaders from business, labour, First Nations and community sectors to understand each others’ perspectives and the reach and intersections of their spheres of influence.

She is also a member of several boards, and has been a part of the leadership of both transformative and start up experiences in that capacity.  Sue holds a Bachelor of Social Sciences and a Bachelor of Laws from the University of Ottawa. Sue is motivated to constantly improve both herself and the organizations around her.  She particularly loves asking questions that create opportunities for those around her to see things from a different perspective. 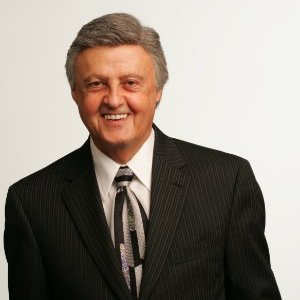 Grayden R. Hayward is the President of Grayhawk Management Inc. a Vancouver based company providing executive level management services. From 2009 to 2013 Grayden was assigned to the Vancouver Board of Trade as Senior Advisor and as Interim CEO in 2010/11. Previously he was President of SEASSET Management Inc.; CEO of the Carrera Group of companies, Executive Vice President and CFO of Bentall Corporation and Vice President of Trans Mountain Pipeline Company Ltd. His distinguished public sector career included terms as BC Deputy Minister of Municipal Affairs and Tourism, Recreation and Culture; Assistant Deputy Minister of Alberta Transportation; and City Administrator in Kamloops and Nanaimo, BC. 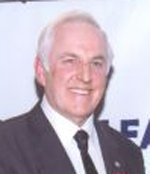 Peter Webster is active in corporate and non-profit governance in his home province of British Columbia, nationally and internationally. He serves on various corporate boards, a number of which he chairs. His business interests are diverse and span industrial products manufacturing, parking, real estate and technology.

He has a long history of community service and governance in the philanthropic sector. He currently chairs the board of the R. Howard Webster Foundation and is a director on the boards of the Peter Cundill Foundation, the Pacific Autism Family Centre Foundation, the BC Paraplegic Foundation, the Canadian Ski Hall of Fame and Museum and he chairs the Investment Committee of the Terry Fox Foundation.

Mr. Webster’s past community service includes serving as the Chair and as a director of the Boys and Girls Clubs of Canada Foundation, serving as Chair and as a director of the  University of British Columbia Investment Management Trust (IMANT), as the Chair of the Board of the South Coast British Columbia Transportation Authority Police Service, as a member of the Vancouver Police Board, and as director on the Board of the Vancouver International Airport Authority.

Mr. Webster has received numerous official recognitions, including the Queen’s Golden Jubilee Medal, the the Queen’s Diamond Jubilee Medal, the federal government’s International Year of the Volunteer Medal and the Variety Club’s Show of Hearts Award. Mr. Webster was also granted an honourary doctorate by the Justice Institute of British Columbia. 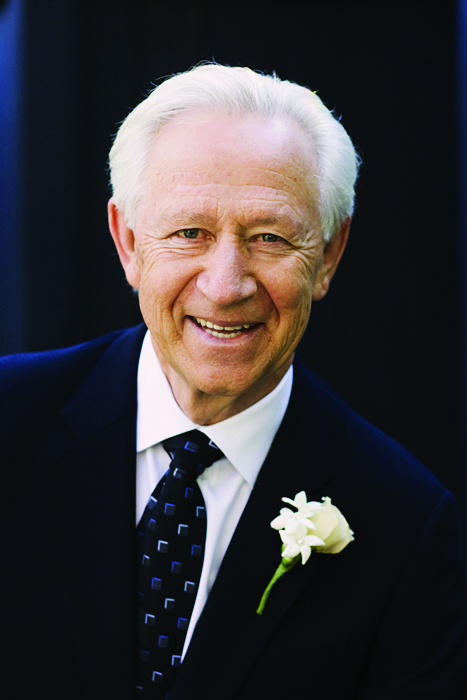 Art, an educator, economist and businessman with forty years of experience in related fields, taught mathematics in public school, lectured in economics in university and spent thirty years in the global energy business with a Vancouver-based firm before joining the board.

Throughout his career, Art served in many capacities on dozens of boards in across the public, private and non-profit sectors. A passionate supporter of education, arts and cultural institutions, through his work on the board, Art is pleased to be playing a key role supporting individuals and families affected by autism. 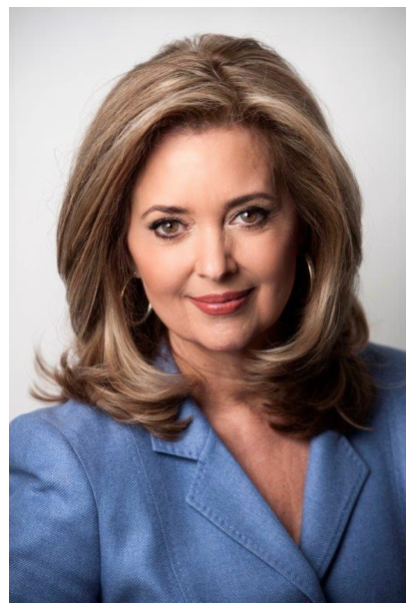 Pamela Martin is a trail-blazing and renowned veteran for women in news broadcasting in British Columbia. She is an award-winning news anchor and journalist who has touched the lives of millions of people.

She became a trusted “friend” bringing the essence of critical issues into the homes of British Columbians and shaping their understanding for over 30 years. 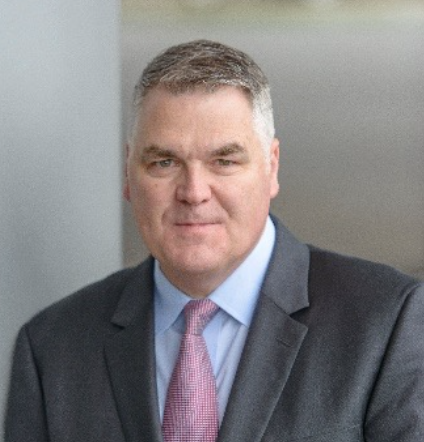 Greg D’Avignon is the President and CEO of the Business Council of BC, a 260-member driven policy and advocacy organization comprised of the province’s leading businesses in every sector of the provincial economy and BC’s post-secondary institutions. Collectively BCBC members employ 25 percent of the province’s labour force.

A fourth generation British Columbian, for 25 years Mr. D’Avignon has held senior private and public sectors leadership positions including serving the Prime Minister of Canada. He is a frequent contributor, facilitator and commentator on business and public policy issues that influence the current and future economy and prosperity of Canada and British Columbia.